Are you in constant need of more energy and focus? Well, worry no longer because nature is on the rescue! You are not the only one that feels this way as many other individuals suffer from this issue nowadays.

Modern-day stressors and frantic schedules leave many people exhausted and looking for ways to feel more energized and alert.

Although getting enough sleep, eating a nutrient-dense diet, maintaining a healthy body weight, and practising self-care are the most important aspects for being at your very best, some supplements, including natural, herbal ones, have been shown to boost your energy and cognitive health.

Take into account that many natural herbs can interact with frequently prescribed medications and may perhaps cause additional side effects, so it’s essential to speak with your healthcare provider before using any of the following herbs.

Here are 5 of the best herbs that may help boost alertness and energy levels, according to scientific research.

Ginseng was thought to be first discovered in Northern China over 5000 years ago in the mountains of Manchuria. Although it is believed that it was originally used as a food, later it was used as an herbal remedy due to its superb qualities. But then again, medicine is food as food is medicine.

Ginseng is a popular herbal supplement, well known for its energy-boosting properties. It has also been shown to stimulate brain function, making it a favorite for improving sports and mental performance. Panax ginseng is the most well known type of ginseng that’s been studied in human testing.

Ginseng contains compounds, including ginsenosides, eleutherosides, and ciwujianosides, which are thought to be the chemicals responsible for giving ginseng its performance- and energy-enhancing effects.

In a number of human studies, supplementing with ginseng has been shown to improve physical performance in sedentary and active people, offer anti-fatigue properties, and boost mental alertness.

Doses of 200–1,000 mg per day have been associated with beneficial effects on energy levels, concentration, and mood in adults.

Keep in mind that ginseng use comes with potential side effects, including insomnia, diarrhea, and increased heart rate and blood pressure. Plus, this herb can interfere with common medications, such as those used to treat diabetes, depression, and heart disease.

Native Americans and other indigenous peoples have burned sage for centuries as part of a spiritual ritual to cleanse a person or area, promoting healing and wisdom. Also, it was used by the ancient Egyptians and Romans to treat digestive issues, memory problems, and sore throats.

Research shows that sage may have remarkable cognitive-enhancing effects in adults. It’s high in many powerful plant compounds, including luteolin, rosmarinic acid, camphor, quercetin, and apigenin, which give it its extraordinary medicinal properties.

When used as a supplement, sage has been shown to improve mood, alertness, attention, memory, and word recall in healthy younger and older adults.

For example, a study in 36 healthy adults found that treatment with 50 microliters (uL) of sage essential oil led to improvements in memory and attention tasks. In addition, it reduced mental fatigue and increased alertness over a 4-hour time frame.

Intriguingly, sage acts as a potent inhibitor of acetylcholinesterase (AChE). This enzyme breaks down acetylcholine, a neurotransmitter that plays an important role in brain function, including memory, attention, and motivation.

When taken as a supplement, sage may help improve mood, alertness, and attention span, as well as lessen fatigue in adults.

Guarana was first domesticated in the interfluvial forests between the lower Tapajós and lower Madeira in the Brazilian Amazon in South American. It’s a fleshy white fruit that surrounds dark brown seeds looking suspiciously like an eyeball. These seeds are about the size of coffee beans, but they contain more than twice as much caffeine.

Nowadays, guarana is normally used as an ingredient in energy drinks and supplements due to its stimulating effects. It contains a range of chemicals, including caffeine, saponins, and tannins, which are thought to offer beneficial effects on energy and brain function.

While human studies have found diverse results, other studies have shown that supplementing with guarana extract alone or combined with other nutrients in doses ranging from 37.5–300 mg may help boost attention, alertness, and memory performance.

A small study in 10 athletes also found that supplementing with 300 mg of guarana may help decrease apparent physical exertion and improve athletic and cognitive performance.

Although guarana is generally considered safe, supplementing with it may lead to side effects like increased heart rate and anxiety when taken in high doses.

While research suggests there are health benefits, the FDA doesn’t monitor or regulate the purity or quality of essential oils. It’s important to talk with your healthcare provider before you begin using essential oils and be sure to research the quality of a brand’s products. Always do a patch test before trying a new essential oil.

Peppermint, a hybrid mint, has been used as a remedy for indigestion since Ancient Egyptian times. The ancient Greeks and Romans also valued it and considered it as a stomach soother. It’s indigenous to Europe and the Middle East and is now widely spread and cultivated in many regions of the world.

Inhaling peppermint essential oil has been shown to have beneficial effects on memory, energy levels, and alertness.

Usage of rosemary dates back to about 500 b.c. when it was first used as a culinary and medicinal herb by the ancient Greeks and Romans. It is native to the dry, rocky areas of the Mediterranean, especially along the coast. Today, most commercially used, dried rosemary comes from France, Spain and Morocco.

Inhaling rosemary essential oil allows certain compounds in the oil called terpenes to enter your bloodstream, from where they can directly affect your brain.

Like peppermint, the fragrance of rosemary essential oil may help improve cognitive performance.

A study in 20 adults found that being exposed to rosemary essential oil diffused into the air led to improved performance on cognitive tasks, including those that involved speed and accuracy.

In conclusion, using herbal extracts and oils is an excellent way to add to your daily health routine and lifestyle, especially if you’re trying to find natural ways to enhance your overall energy levels.

However, the best way to ensure that you stay energized and focused is by leading a healthy lifestyle that includes a nutritious diet, plenty of sleep, and stress-reduction techniques like engaging in enjoyable physical activity.

Furthermore, certain herbal supplements, together with the ones listed above, may have the potential to boost your energy and brain function.

If you’re interested in adding one or more of these herbs listed to your diet, make sure to consult your healthcare provider first, as many herbs can lead to side effects if not taken appropriately and interact with some common medications. 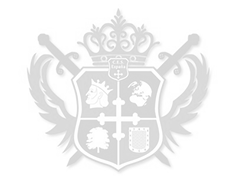